Before starting let me ask you a question.

Yes, but please explain it.

The respiratory system is a system through which inhalation of Oxygen and exhalation of Carbon dioxide occurs.

The respiratory system consists of:

While the circulatory system is the system that circulates the blood and lymph through blood vessels and lymph vessels.

The circulatory system consists of:

Now here we are explaining the relationship between the respiratory system and the circulatory system.

The air is inhaled through the nostrils and then through the pathway of nasal cavities, pharynx, larynx, trachea, bronchi, and bronchioles enter the alveoli of the lungs.

The alveoli take the oxygen from the inhaled air and give it to the capillaries running in the lungs. This is the work of the respiratory system.

Now it’s the turn of which system?

Yes, you are right.

The capillaries and blood vessels running in the lungs are part of the circulatory system.

The oxygen is diffused from the alveoli (respiratory system) to the blood of the circulatory system in the lungs and is transported to the left auricle (singular Atrium) of the heart through the pulmonary vein.

But how oxygen is diffused into the blood in blood vessels?

I am still not clear about capillaries?

Okay, let me explain it to you more clearly.

The blood vessels that arise from the heart are large and do not directly take the oxygen from the alveoli. The blood vessels while distributing in the body divide and re-divides into fine small microscopic vessels called capillaries which are then used for the diffusion of gases in the lungs and nutrients in the cells.

Where the oxygen is transported?

The oxygen is delivered to the blood which is then transported to the left auricle (chamber) of the heart. The heart then pumps that oxygenated blood to the whole body through the arterial system.

Please tell us about the arterial and venous system a little more and tell us where the oxygen is transported from the heart?

Can you please explain the pathway of blood transportation?

Here I will also explain the second part of the question i.e where the oxygen is transported from the heart?

The oxygen that is diffused from the lungs (respiratory system) to the blood (oxygenated blood) is transported to the left auricle of the heart through the pulmonary vein. The left auricle of the heart then pushes the oxygenated blood to the next chamber called the ventricle which pumps that oxygenated blood to the whole body (every cell and tissue) through arteries. The arterial system while running in the body divides and re-divides into microscopic vessels called capillaries (already discussed) in the cells and tissues. The capillaries are necessary because the diffusion of oxygen only takes place through these microscopic vessels.

Did you notice something here?

Now the function of the respiratory and circulatory systems is not over yet.

How do cells produce carbon dioxide?

The cell when takes the oxygen (and other nutrients too) from the blood then the cell uses it for the breakdown of the glucose in which energy is released. The cells use that energy for different activities but during this process, the waste product is also produced i.e carbon dioxide which should be expelled from the body.

As you know that this diffusion process occurs in the capillaries which form from the division of arteries in the cell, now the capillaries will combine and re-combine to form vessels but this time they will form veins because while leaving the cells it will take the carbon dioxide from them and become deoxygenated and as already you know that veins carry deoxygenated blood.

It means the delivery of oxygen and taking of carbon dioxide both occur in the capillaries.

Where the deoxygenated blood will be transported after taking carbon dioxide from cells and tissues?

The deoxygenated blood after collecting from the cells and tissues will be transported to the right auricle of the heart which pushes it to the right ventricle and then pumps it to the lungs through the pulmonary artery.

Now, what will happen to the deoxygenated blood in the lungs?

I am confused about the capillary system of the lungs, can you explain more that how can the diffusion of oxygen and carbon dioxide take place?

You have explained all these in multicellular organisms but there are organisms too which are unicellular i.e composed of one cell how do these processes occur in them?

Unicellular organisms don’t need a circulatory system so the exchange of gases occurs through their membrane which is sufficient to carry their activities.

What will happen if one of the systems stops working while the other is working fine?

Are there any organisms whose respiratory system is different from than lungs?

Yes, aquatic animals like fish. The fishes have gills specially designed for obtaining oxygen and giving carbon dioxide to the water. The gills are thin, filamentous tissue that is highly branched and folded. The dissolved oxygen from the gills is diffused to the circulatory system of the fish which is then distributed to the whole body and in return, the carbon dioxide is diffused out the body.

Some groups of organisms like crustaceans, mollusks, and annelids have coelomic fluid instead of blood (circulatory system) so the coelomic fluid takes the dissolved oxygen from the gills.

For some organisms like frogs and earthworms, the skin also does some respiration. The skin is supplied with a dense network of capillaries that help in the exchange of gases between the external environment and the circulatory system. Their skin must be kept moist in order to provide a better surface for gaseous exchange.

And which other systems are connected in the body?

Remember, that every organ and system in our body is coordinated with each other. They work in a cooperative manner which makes the organism better life and provides better chances for survival and makes them better organized than other organisms. All the systems in our body are connected to each other in which some are most needed for each other while others are less needed but without each other, they can’t work properly or either lead to death too. 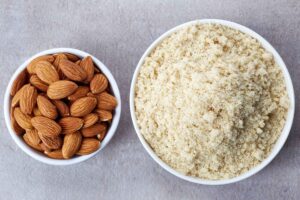 Is almond flour good for diabetics?

Flour is the most consuming part of the food in our daily life whether it is bread, cookies, pasta, or snacks. Wheat flour is widely 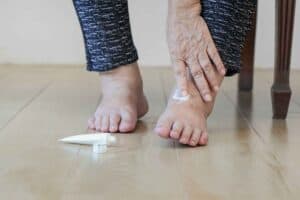 But if you are searching for natural origin ingredients in foot creams then Burt’s Bees Moisturizing Lotion with Coconut Oil & Vitamin E is the best on the list. 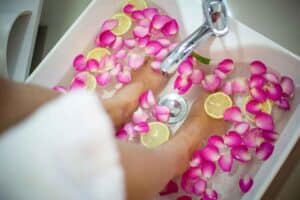